Slappapow Posts: 126 ★
February 2019 in General Discussion
When Howard the Duck was annouced in 2016 I was so hyped to get him because he is one of my favorite Marvel characters of all time. I got him as a 4* in late 2017 and took him to rank 5 immediately. (Also note I had expiring T4CC because he was my first tech 4*).

Then Kabam announced Venom the Duck just last year. I was ecstatic! Two of my all time favorite characters! As one! It's a dream come true! Fast forward to today I just pulled him from a 3-Star and 4-Star crystal just as he was added to the basic pull! One of the best days in the game of my life not because I got a game changing character, but because I got a truly beloved character. I don't care if V. Duck is like the "garbage" Howard, I'm gonna use him just as much as I still use Howard when playing the monthly quest.

All in all, I'm a happy guy with a duck obsession. 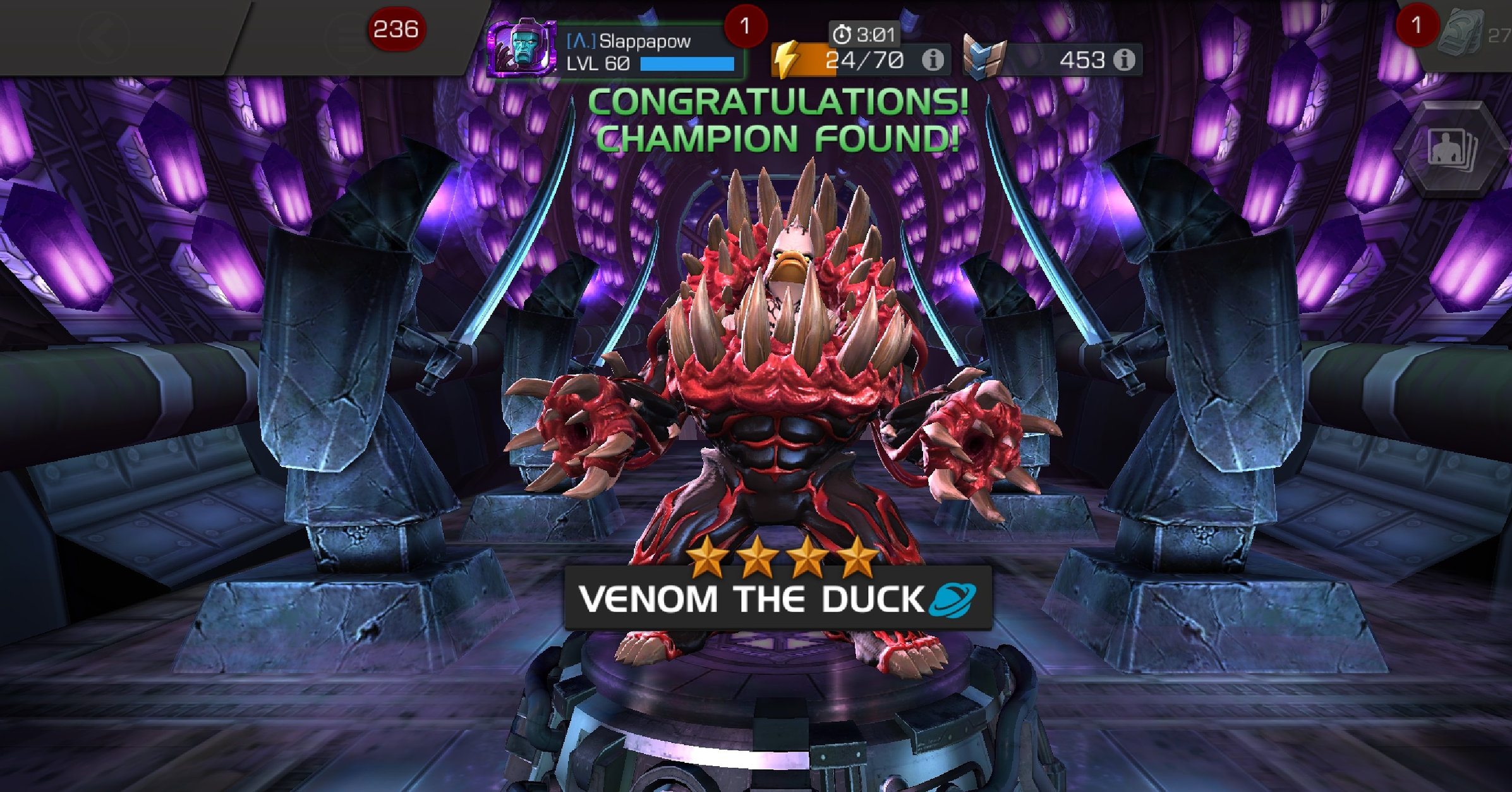 P.S. I also duped my 4-Star Storm after 3 years, she was my second 4-Star. So where is my Symbiote Spider-Man dupe!
7