A massive thank you to Kabam

LordGenesis Posts: 292 ★★★
March 2019 in General Discussion
Wow Kabam, you really did it.
Whenever I see that ‘Thank you for playing Marvel Contest of Champions’ message in my inbox, I always expect to see the disappointing energy refills or 500 4* shards, but you really pulled it out the bag today Kabam.

A whole 5* crystal? 5 energy revives? And plenty of potions? I will say thank you to Kabam on behalf of everyone else, because this superb compensation makes up for all the muck-ups recently. 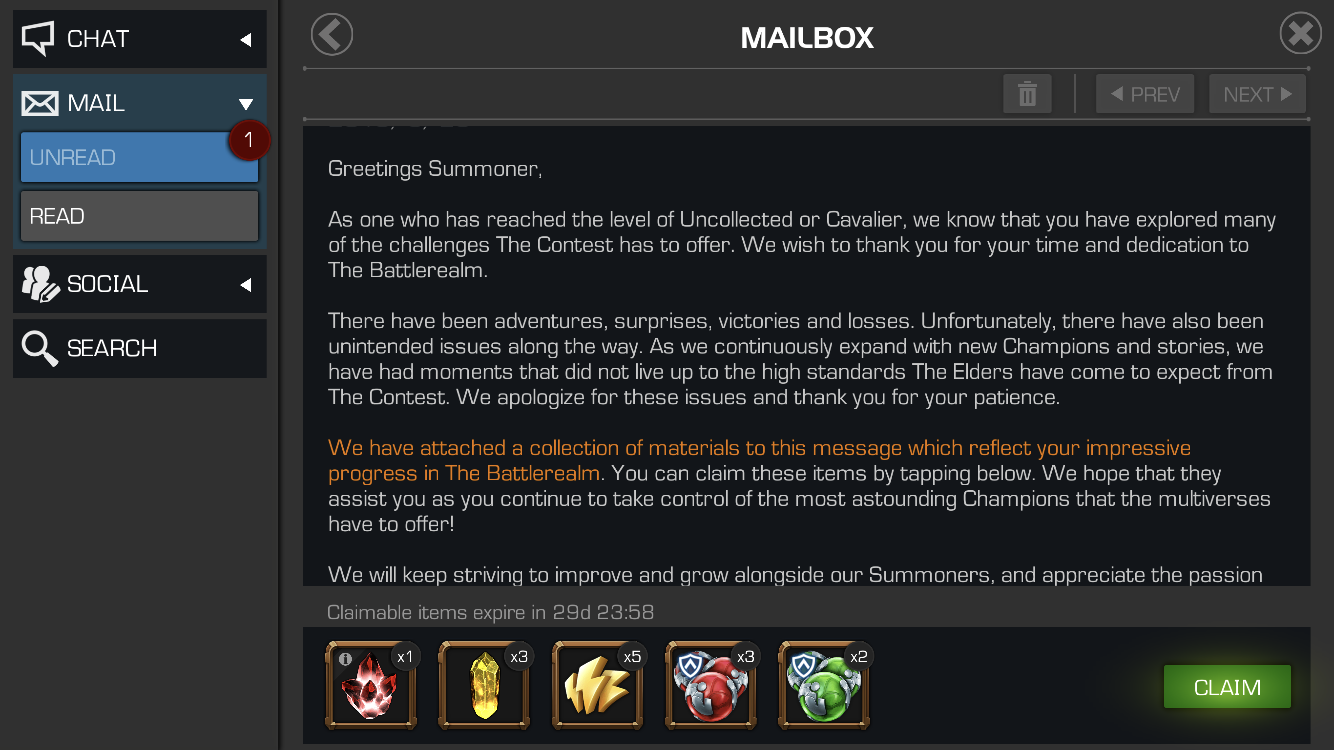