For those of you who haven’t completed The Living Death Who Walks event quest, beware spoilers below.

This month’s event quest featured a turn of events that few would’ve thought possible: Johnny Storm, a founding member of the Fantastic Four, a hero, and an all-around good guy getting in touch with his inner-villain! (To be fair, few could spend half a lifetime in the Negative Zone being corrupted by the Cosmic Control Rod and come out unscathed.)

But this is far from the first time a hero or villain has switched sides like this. Between mind control, clones, and genuine changes of heart, Marvel’s history is filled with good guys taking heel turns and former villains taking up the fight for justice.

One of my favorite of these examples of this is when Otto Octavius, Doctor Octopus himself, became Spider-Man!

Spoilers Below:
What started out as an attempt to extend his life by transferring his mind into Peter Parker’s body, turned into him wanting to best his nemesis in every way possible. The best way for him to do so was to not only be a better Peter Parker, but to also be a better, superior Spider-Man. While he still had some villainous habits in the way he went about being a hero (the guy loves to monologue), he did genuinely come to appreciate how hard Peter’s life was and care about protecting people and the city. 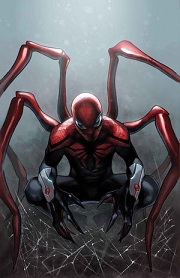