SummonerNR Posts: 5,972 Guardian
July 2020 in General Discussion
Calendar Item is just 3* Guardian.
OK, I see why you also get ISO, Gold, and those 4* Shards from having dup'ing him from the Calendar. 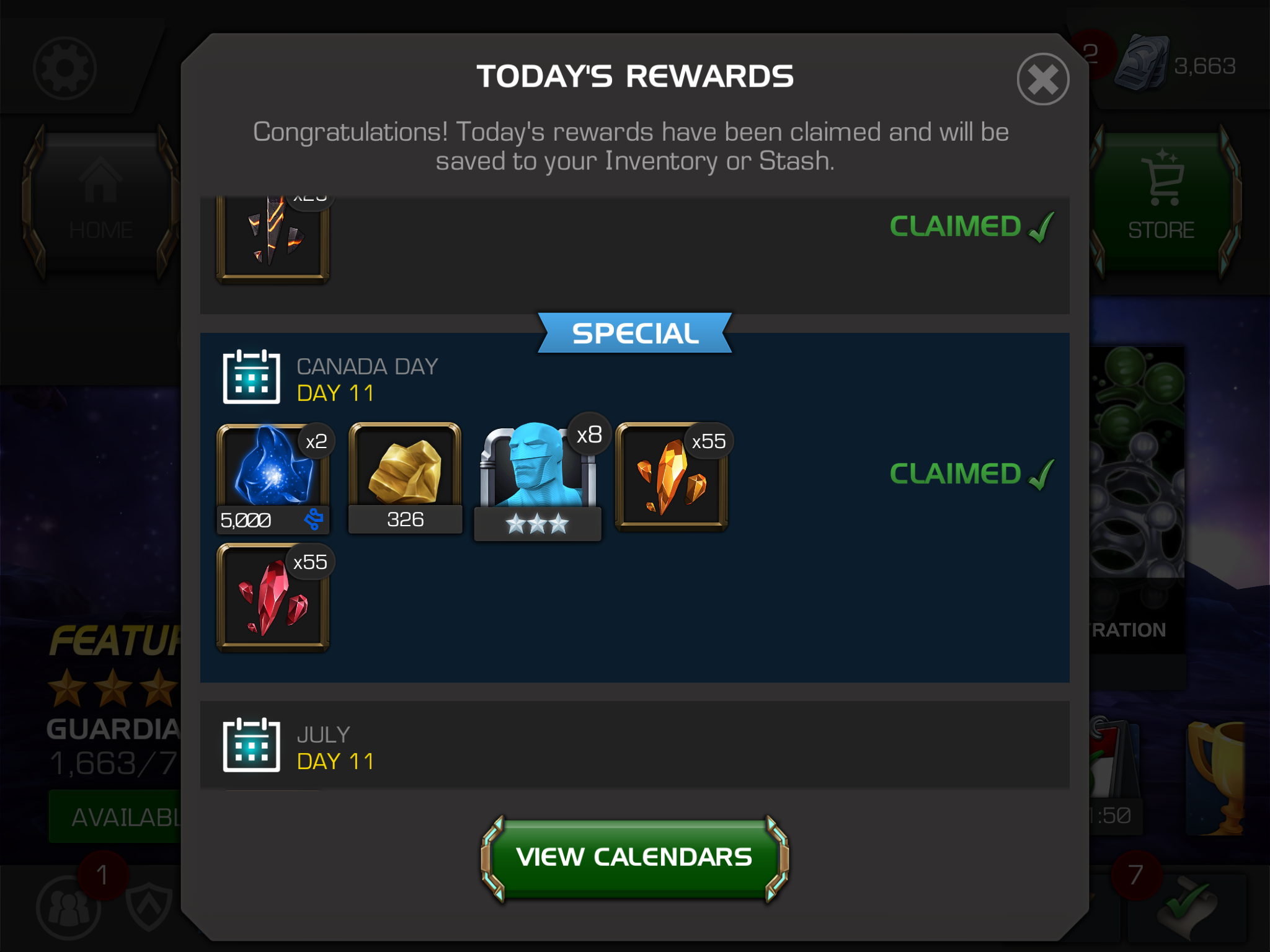