Mauled Posts: 3,772 ★★★★★
November 2020 in Strategy and Tips
So for context, I’ve already got Thronebreaker (Havok) and I have 2 fully formed Cosmic T5CC. I’ve still got AoL to explore so I could well get the shaft and pull a 3rd Cosmic there.
The two Cosmics I really want at R3 are CMM and CGR - I don’t run suicides and I just don’t really enjoy CG. Which means that from the ‘meta’ champs there’s only two real options right now and at best I’ll pull one from the Cosmic AoL Nexus.
The other option would be Venompool for the memes but I’m not sure I can do that for a while for T4CC reasons 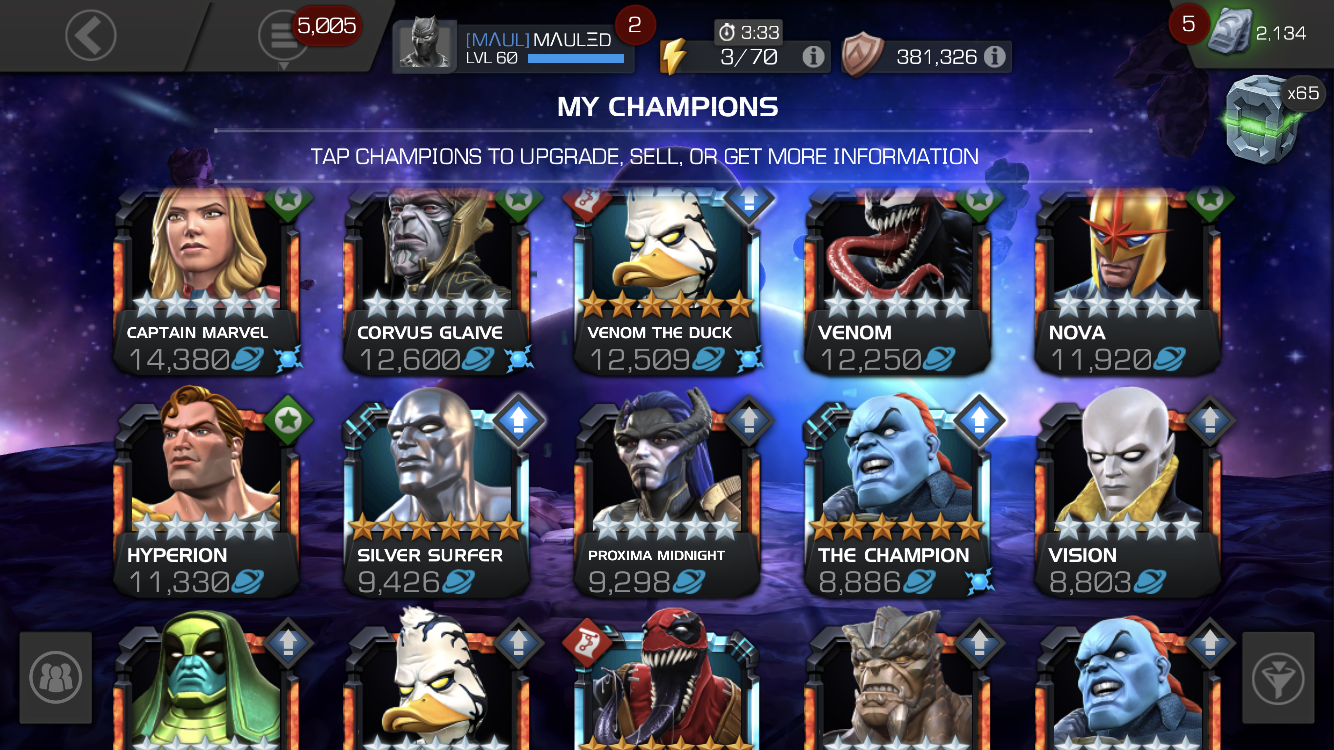