13579rebel_ Posts: 1,335 ★★★
August 22 in General Discussion
So Yesterday I bought the Summoner resort thingy plus the boosts and had about 800 units I was on 7.3.6 And was thinking that I could probably take down kang and after finishing up I still had 700 units and a bunch of energy refills so on to 7.4 used a couple on the 1st quest item less on the next 2 a couple on 7.4.4 and 5 when I got to kang I had 500 units left got the 1st 3 phases before I had to go grind arena and finished off Inferior Kang which boss was my favorite Definitely not Gwenmaster and Superior Kang could be more fun if the fight wasn't so long I had a lot of fun with 7.3 Kang he was super fun here's the rewards 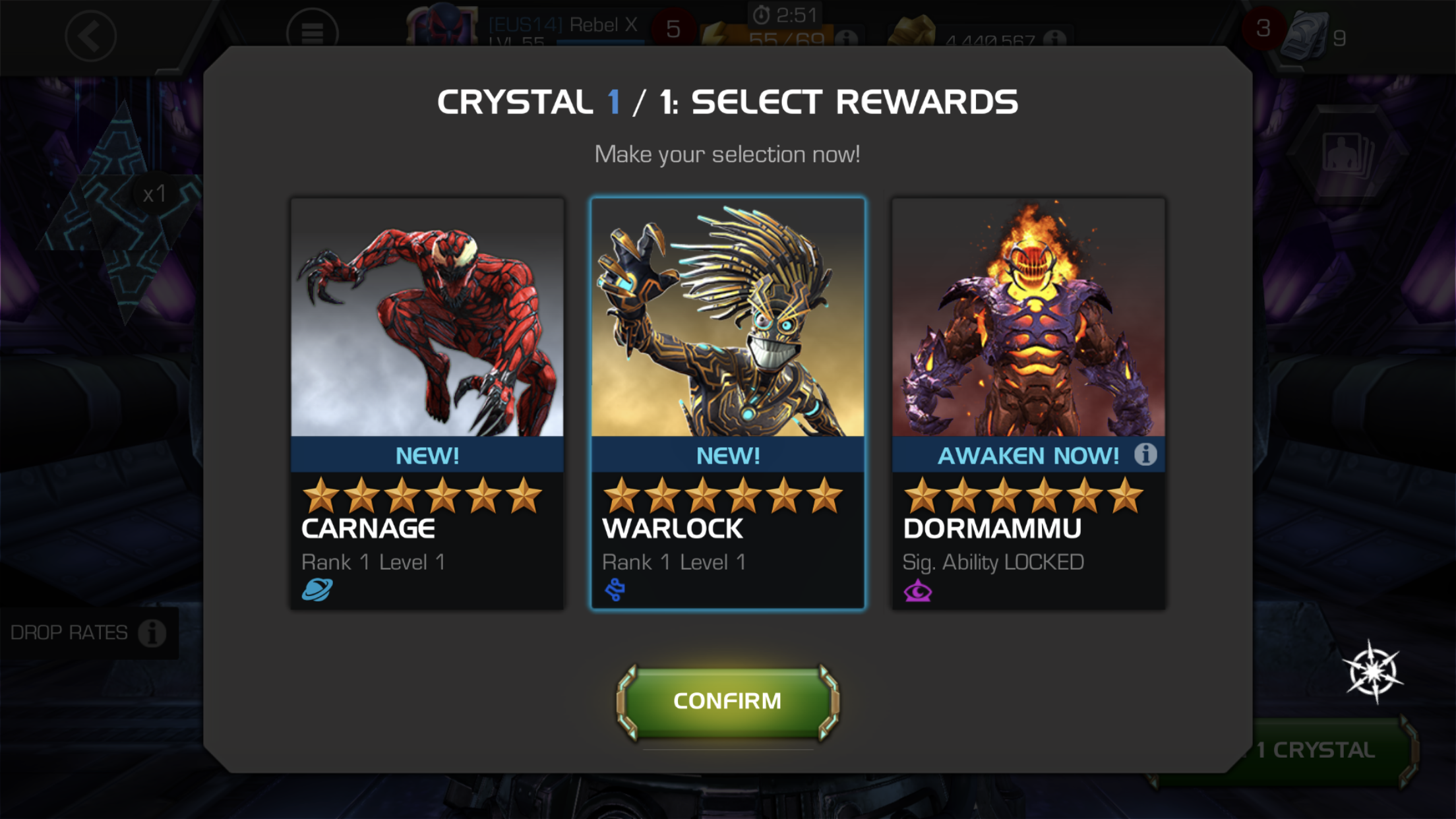 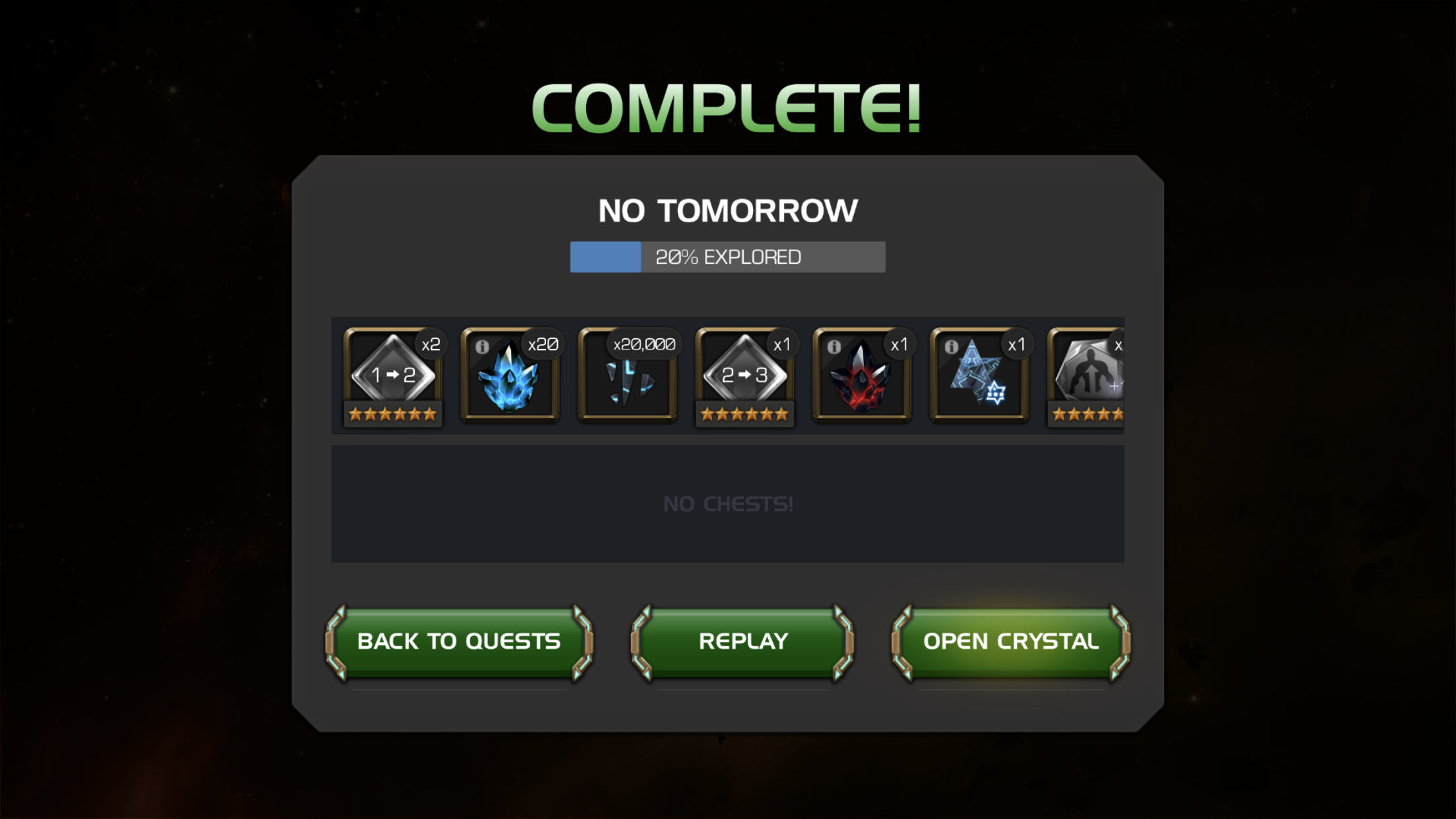