Your favourite marvel comic you ever read

Midnite93 Posts: 4,175 ★★★★★
November 2019 in General Discussion
I have a question for the members, moderators and administrators of the forum. We all may have read comics and if not you may have heard about these characters through various other media. For me my most favorite comic I ever read was the World War Hulk. That guy was really at another level. What about everyone else? Feel free to share your experiences. 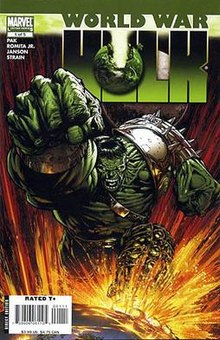