DarthHaas Posts: 384 ★★
October 2020 in General Discussion
So I ranked my punisher 2099 to rank 3 prior to the tune up announcement. I pulled a 3rd tech t5cc and was super annoyed that I didn’t have a single worthy tech champion worthy. I then duped my punisher so I just said screw it and ranked him. I was initially not super excited about the tune up. After trying him out multiple quests with the new monthly events I am really liking him. His ability to control power is extremely nice! His damage output is great also! 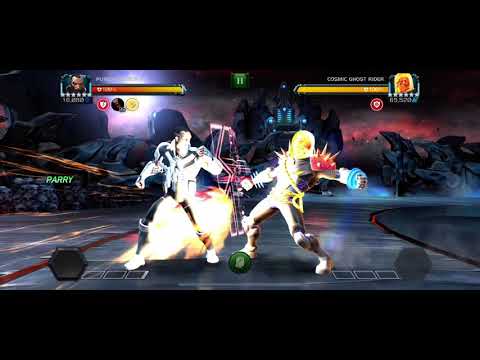 Let me know who is liking him now