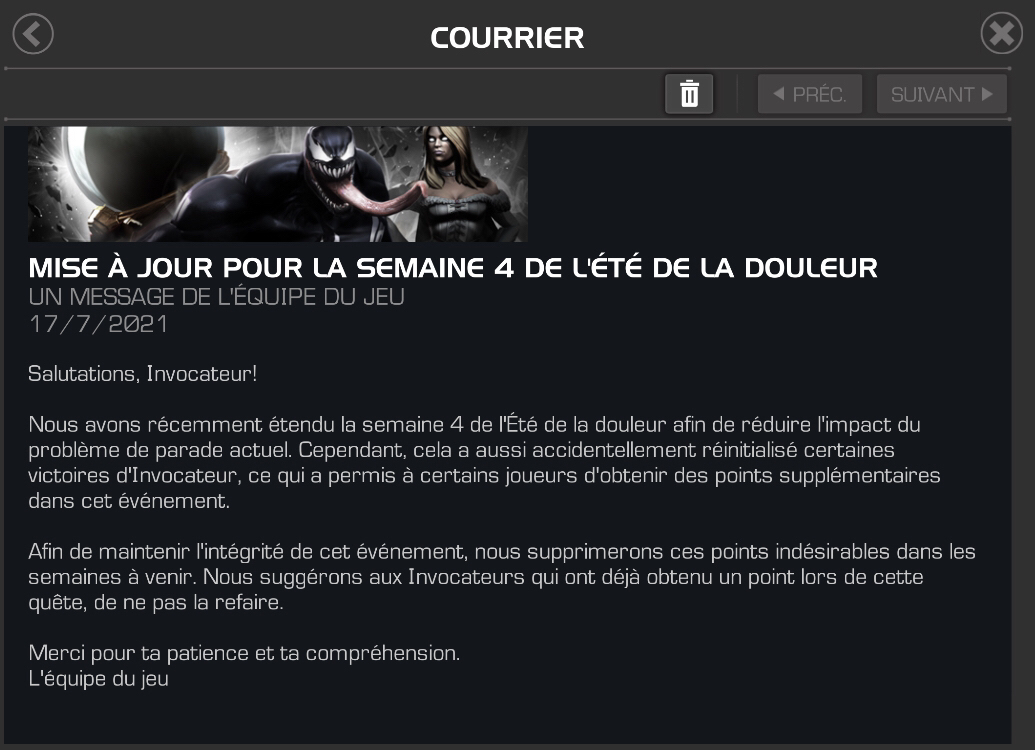 Hello, I have a question related to the mail sent in game ( here in French, but it is the last one sent on this subject about not doing it again )
At the moment, I still have the special "robot" solo mission left, which I had not passed in the 1st week of week 4. So I was wondering, can I do the quest with a robot to get my missing point, or should I avoid doing it again as mentioned in the email? Thanks
1