AW Boosts - Unable to Purchase [Fix in Next Update]

JohnPaulBusu Posts: 84 ★
October 2017 edited November 2017 in Bugs and Known Issues
One of the AW boosts that is available to buy from the loyalty store currently seems to be locked from being purchased more then once.

I bought one of the combat regen boosts the first time it was around and when it came round the next time I could not buy it as it said limit resets in a particular time and when that timer expired it just resets to 23:59:59 and starts counting back down. Today the combat regen boost has reappeared and I have the same issue as before.

An image can be seen below of the problem 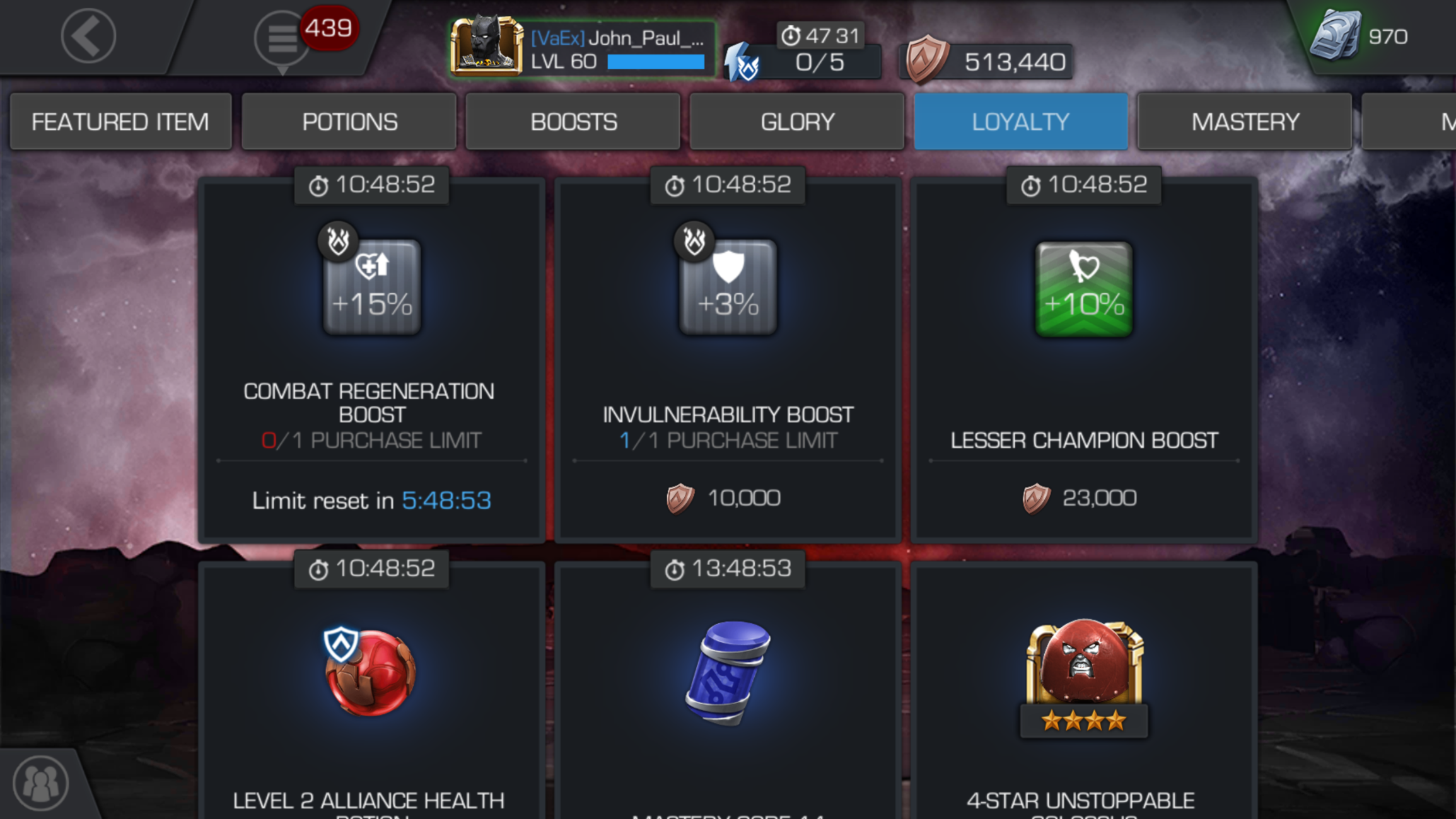