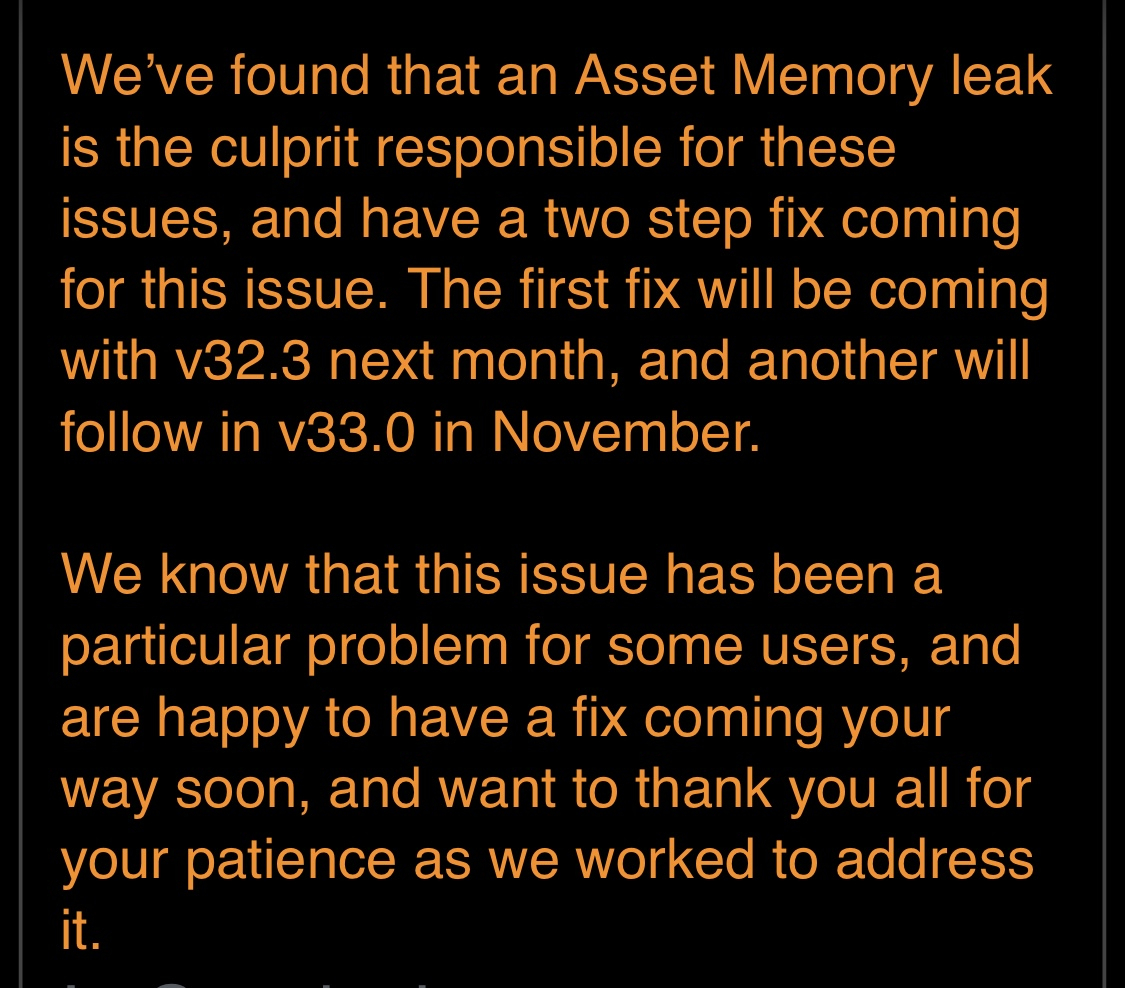 From the master post on this subject, v33.0 was intended to repair the memory leak issue (more or less).

If stuttering and frame rate drop are memory leak symptoms, I can attest the current version hasn’t solved the issue for me and others. The same bugs persist in about the same frequency and severity as before.

What is the update on this rolling fix? Is there data that suggests there has been improvement (and comments or tickets isn’t a valid metric here—many like me have just quit posting our bugs because they now feel like part of the game). If so, across what devices? If the fix is in, what then would explain a continuation of the issues noted above?

I realize this is a moving target, much like the dex/parry bugs. But it would be much appreciated if the team could comment on where they think things stand and the path forward.