MegaSkater67 Posts: 1,114 ★★★
May 2018 edited May 2018 in Bugs and Known Issues
Tested this a few times now and it’s pretty easy to get similar results. After getting a few stacks of weakness on the opponent after they use a special, allowing them to hit you can give you chunks of health back. At first I thought maybe he was weakened enough to give the opponent a negative attack rating and rather than damage me, give me health instead. But I really don’t think that’s the case and it’s instead some weird bug. Doesn’t appear to work through blocks and there are no green numbers to indicate healing of any kind. The health bar just jumps up randomly. Sometimes big jumps, sometimes much smaller ones. I have a video of his happening against iron man in the Chadwick challenge. Quest 4 path D. 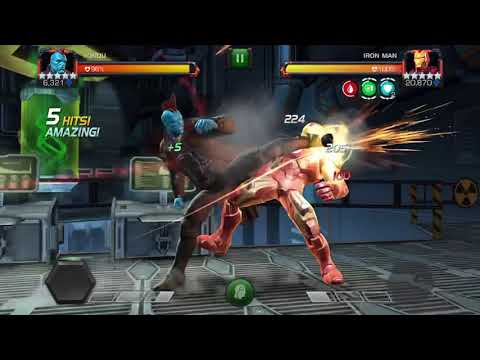