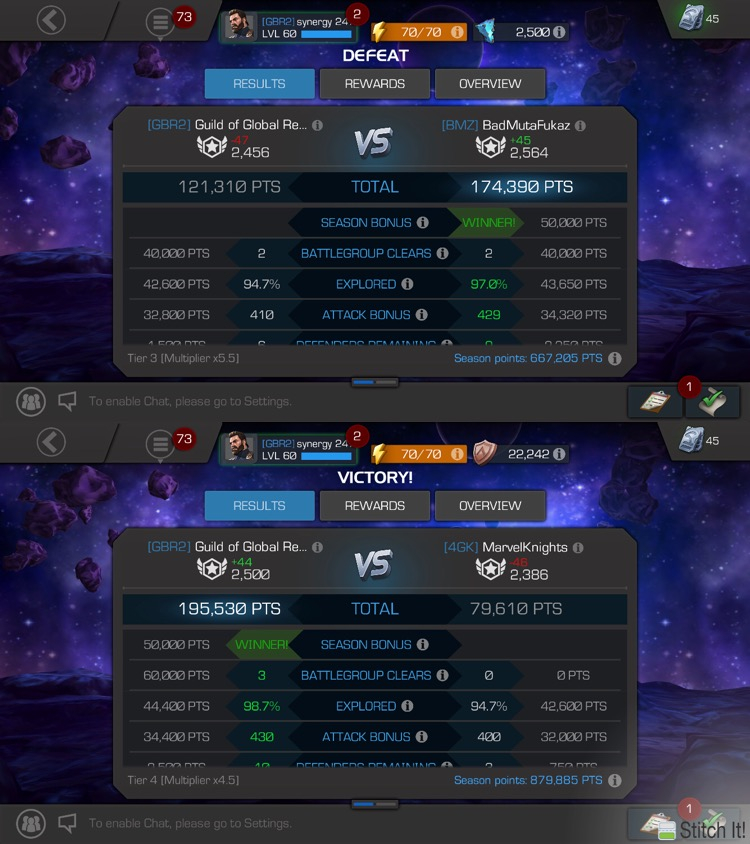 @Kabam Miike or others I have an issue which I believe is a bug with the alliance rewards we received from our last war and specifically the tier multiplier.

So in the last two wars we were in the Expert tier map being Tier 3, with additional buffs like vigor on node 34, and bane on the stun immune node 18, plus others like explosive personality and biohazard on certain nodes.

The problem is, we lost the first war and received the tier 3 x5.5 multiplier (correct) but then dropped down to Tier 4 multiplier x4.5 for the second war.

I have asked around and this seems to be a glitch and despite many support tickets lodged we’re not getting a resolution. We need clarification urgently as this is the difference for us between dropping out of Plat 3 and staying in.

If you do Act 6, you expect Act 6 rewards not Act 5 rewards.

If you do Uncollected difficulty EQ, you expect those rewards, not those gained from Heroic level. Can a mod please clarify as a matter of urgency thanks and see above for past two wars. I have also posted this under a thread relating to the matchmaking ystem however meant to post this here for urgent attention given season points are on the line with only 3 wars to go.
0