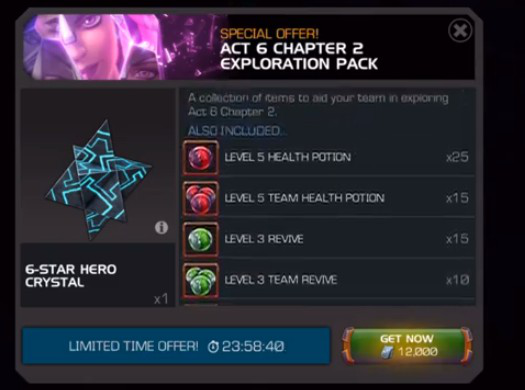 So, for $400, you can end up with a Deadpool X-Force or a HulkBuster ?
They should have had a awakening gem + rank up gem as well...