Home› Bugs and Known Issues
**KNOWN ISSUE**
Some items are displaying erroneous star ratings. This seems to be happening most on items where typically there are no star ratings. We have found the cause for the issue and it will be resolved, targeting mid-late next week.

Killmonger has an ability that is described as follows:

Hitting opponents that are recovering from a Special Attack grants Killmonger True Strike for 16 seconds. This allows him to ignore Armor, Resistances, and Evasion.

Killmonger is able to activate True Strike in this fashion against Captain Marvel’s L2, but it never triggers against her L1. Presumably, the same is true when facing Ms. Marvel, but I have not tested this.

The special was successfully evaded (hence the dexterity callout) and Killmonger is going in for the counterstrike: 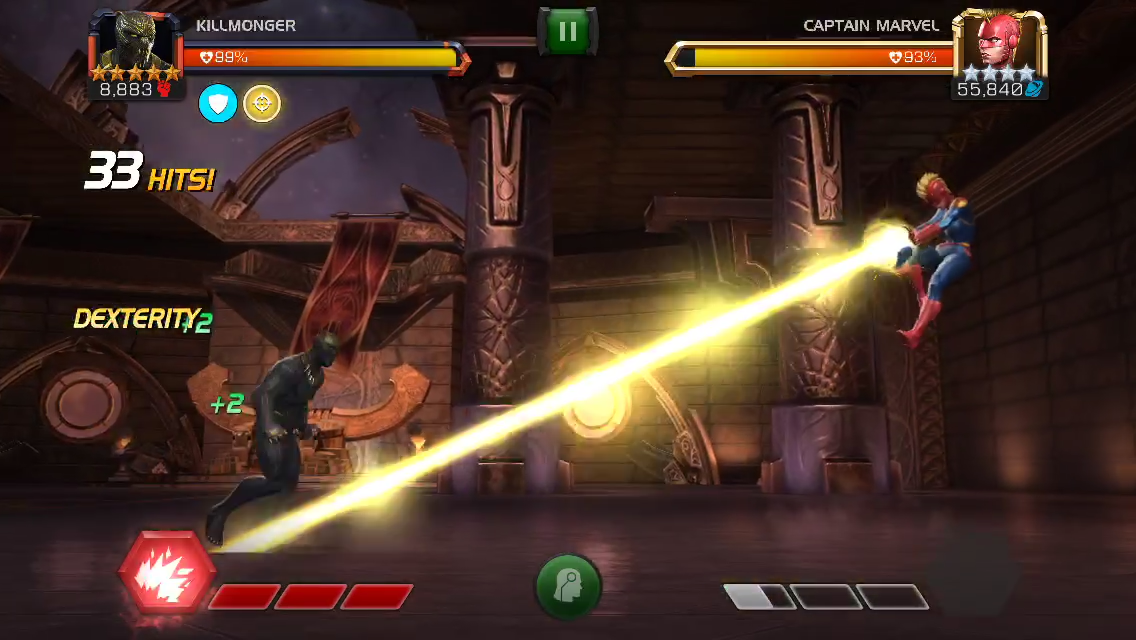 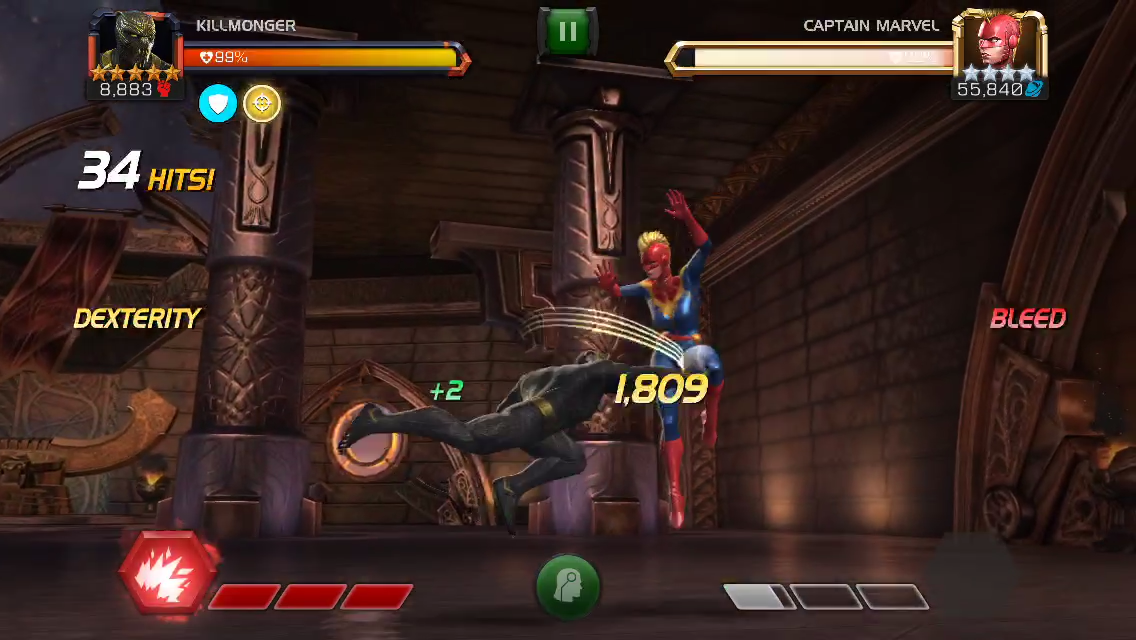 This issue was also discussed here: