We'll let the rest of the team know. Do you happen to have video of the fight or screenshots of the Shock damage at any other points in the fight?

The team just pushed a fix that should resolve this issue. If you haven't restarted your game recently, I would recommend doing so now in order ensure it implements completely.

Re: 2 Months Progress of Hard Work (A New Player's Tale)

Although I believe in putting in hard work to win, the beginner bracket is BS. The price for something shouldn't be lower because you are a noob. Kinda of like the price of Amazon prime is cut in half if you are on welfare. 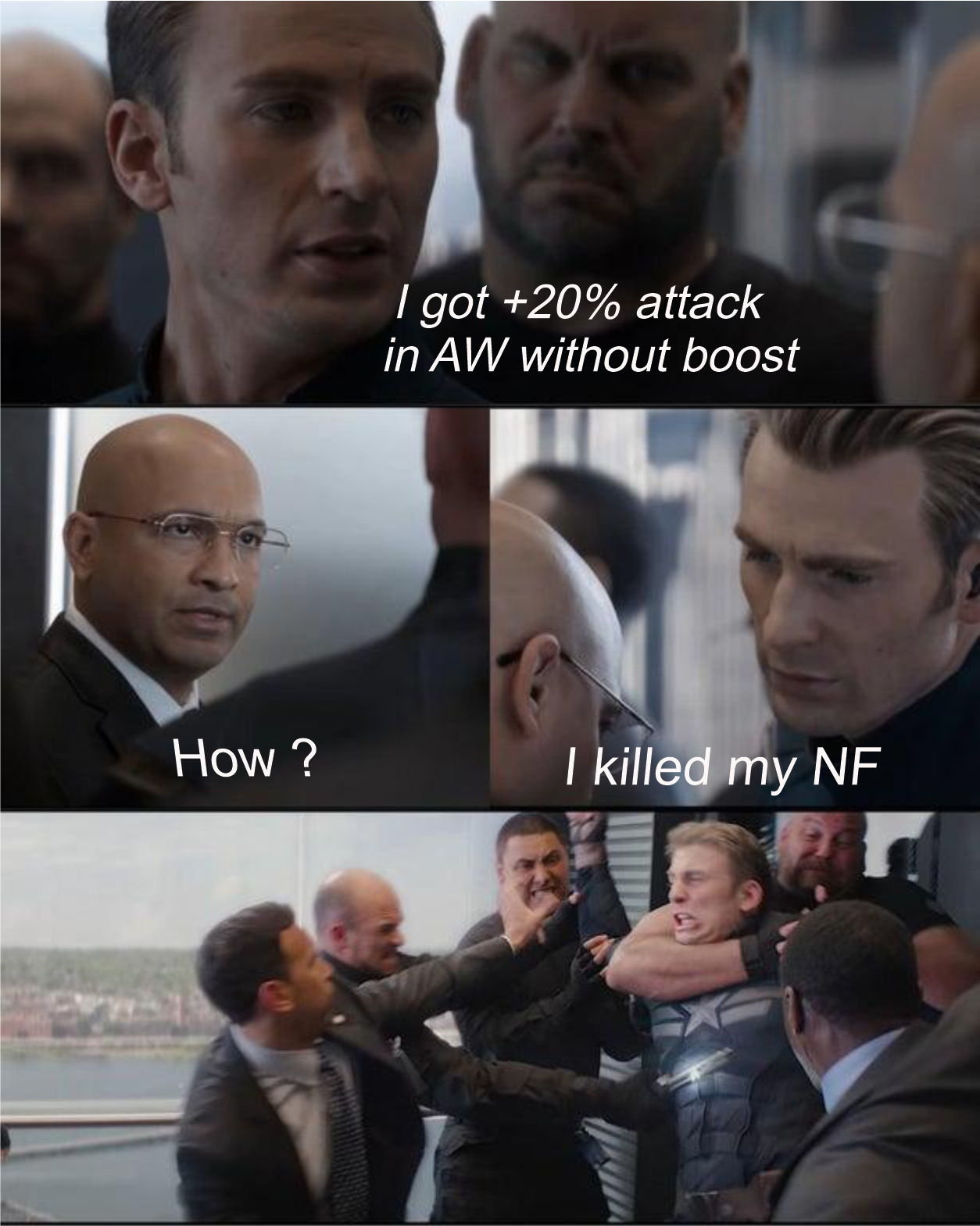 Me and another user were abusing each other and being steryotypical of each other for about one hour or so. but in the end, we ended up apoligising to each other and became friends. turned out that he was a person who went to my school, and we again, apologised in person and friended each other

I honestly cannot definitively remember how I found MCoC (I THINK it was a FB Ad), but I know I'm not going anywhere because of the crew I've found over the last 3 years. A couple of our members have suffered some very real, VERY tragic blows in the last week. We all come together to provide support, and keep them steady in their darker hours. Members, Officers, it doesn't matter. They all are good people and stay on board for a reason. We work well together and we all know we can rely on one another.

A year back, our old leader was pulling some dirty stunts. Also, was the single greatest drag on the group. He couldn't keep up time wise. He couldn't do right by his group. We kept making excuses for him solely because of his title and nothing more. Anyother member that did what he did wouldn't have lasted, and I'm not a fan of double standards,
or being a hypocrite. So, after he crossed the line, the point of no return, I talked to each member individually on the side. We were lucky to have a member with another Alliance on cold storage with an equivalent war rating. Once the Season ended, we gave him 1 final chance to step down. He swung wild (online swinging as it were) and we just walked away. Together.

Now, I'm the leader thanks to that member. Apparently they always viewed me as the leader despite the lack of the tag. I couldn't ask for a tighter knit group. I've had the greatest luck in locating some very talented, good natured, Marvel junkies. Our bonds can be found in game and outside it. The game laid the foundation for this group of 30 individuals to meet. We've found something amazing to keep us together, and hopefully someday, to meet in the real.

The Loyalty displayed daily by this crew is just amazing. Sure, we have our moments when members disagree upon certain things, but never is it enough to drive anyone away. As I said to our old leader 'That's Trust and Loyalty that cannot be bought, it's earned.' This game provides more than just entertainment in that respect. It provides opportunities to meet people, and form friendships that wouldn't have happened otherwise. I've always said that's one of the major things that makes CoC something special. On that note, thank you Kabam for creating and maintaining this game.

Yet another side effect of the really wonky way that Fury's health is restored after his LMD gets destroyed. Does not work as described but definitely works as intended...

Thank you for the suggestion!

Been in alliance from past 5 years with some in and outs due to real life commitments but i must say i made many good friends here. They are so humble at times
They’ve helped me in clearing quests selflessly sending revives when gifting was allowed and so I reciprocated too in helping them when they’re in trouble.
We also became friends on social media accounts too and some of the guys met offline also. We’ve seen many getting married in this long 5 years journey , some having new born kids , some getting graduated etc etc but there’s one thing always there and that is loyalty.
We’ve build this alliance from scratch way back in 2015 and now it’s huge with the passage of time.
Many guys left many new came but still it’s going forever .

As long as you are being loyal to your alliance you are having a good time. There maybe disagreements on various issues but that’s how it works. You need to listen to everyone and do what good for alliance