My_Superior Posts: 2,086 ★★★★
August 2019 edited August 2019 in General Discussion
I missed the first Sinister Lab. Now it may be because I wasn’t paying close enough attention, or it may be that I got distracted and forgot, but I believe that the main reason I missed it was because it’s listed under the Special Quests instead of the Event Quests. I’m not asking for a redo; I’m asking @Kabam to organize these new quest tabs more appropriately so that dummy-dumbs such as myself don’t miss temporary content hidden in unintuitive locations. Let’s take a closer look at the newly added Event Quest Tabs. 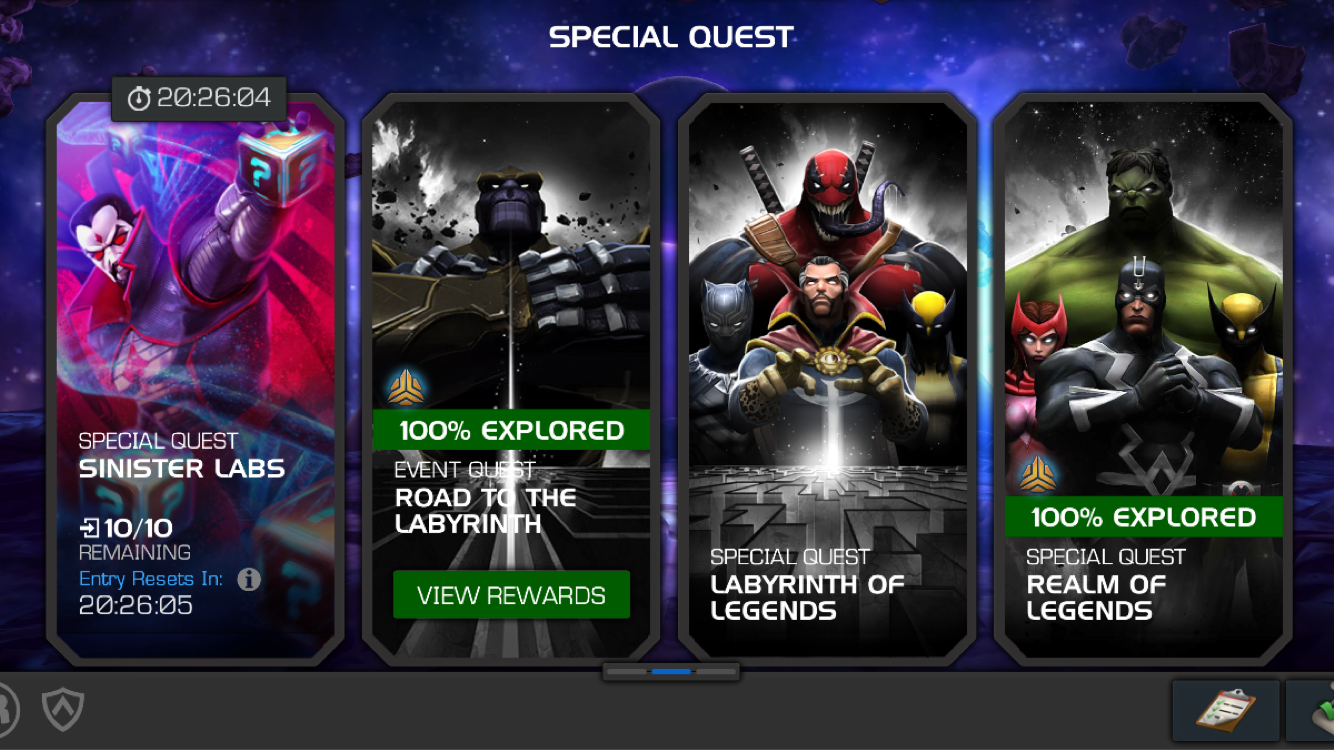 Here we have the Special Quests. One of these things is not like the others. One of these expires within 24 hours while the other three are permanent content. Sinister Labs are also in all likelihood gone at the end of the month so it does not make sense to have them here. 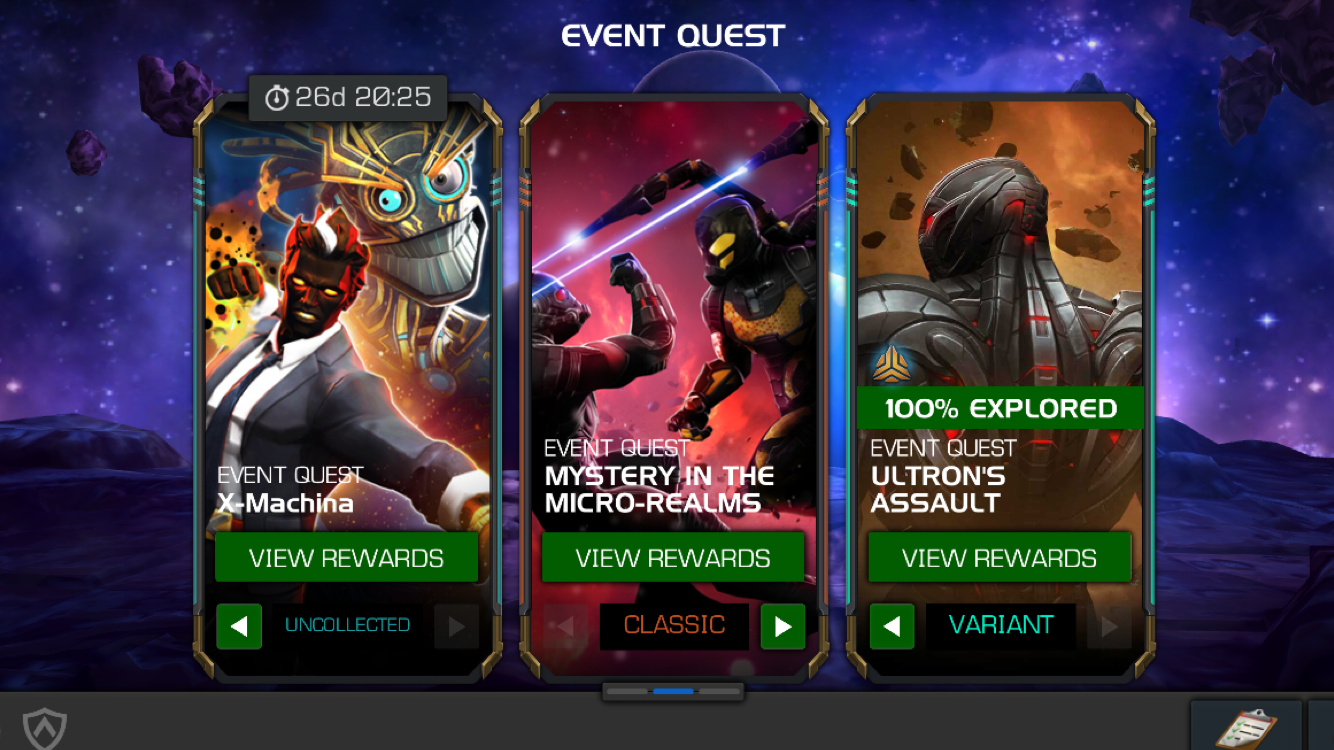 Here we have the Event Quests. I believe that this tab should not have permanent content. The permanent quests, if not part of the main story, should be in the Special Quest section along with the Labyrinth of Legends. In my opinion, the Event Quest Tab should be reserved for temporary content typically associated with the Monthly Event Quest. This is where the Sinister Labs belong in my opinion. 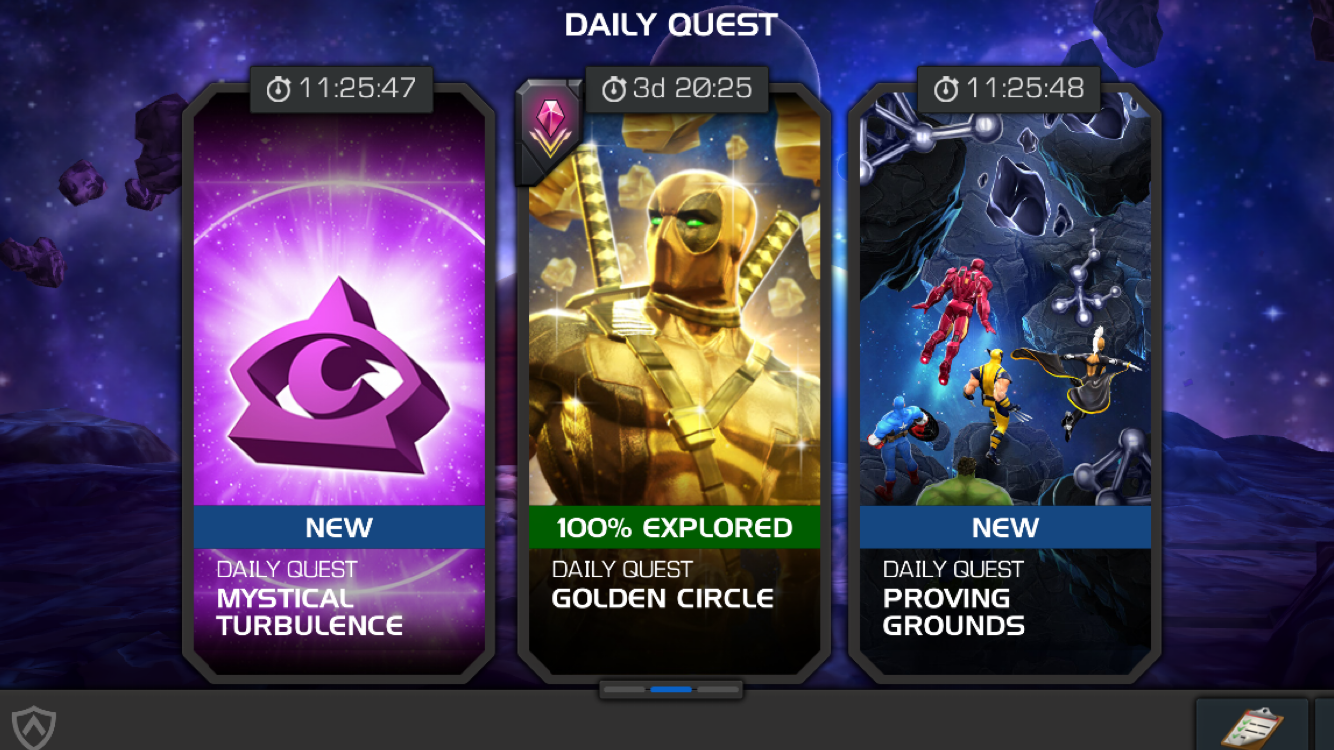 The third and final Event Quest Tab is called Daily Quests. One could argue that Sinister Labs belong here due to there 24 hour duration. It definitely would fit better here than with the Special Quests but I believe, due to its association the Monthly Event Quest, It belongs in the Event Quest Tab.

So there we have it. A new way to navigate the menu and a new way to miss temporary content. Please make it more intuitive so your players don’t miss out on anything. Thanks for reading.
48
«12»