Mauled Posts: 3,772 ★★★★★
June 2020 in General Discussion
I got my initial clear of Abyss done on Friday night (2am, don’t judge me!), having been doing it on and off from about lunch time and below is the loot and my rank up options! 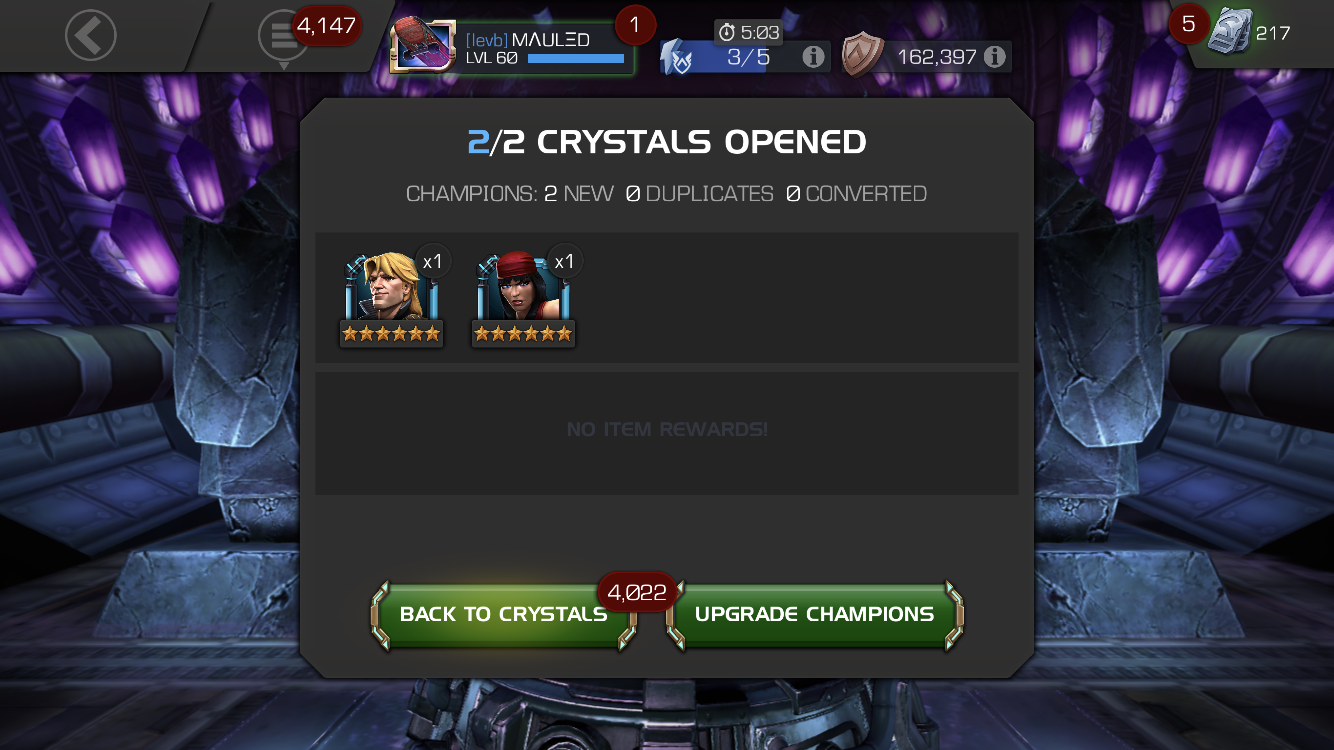 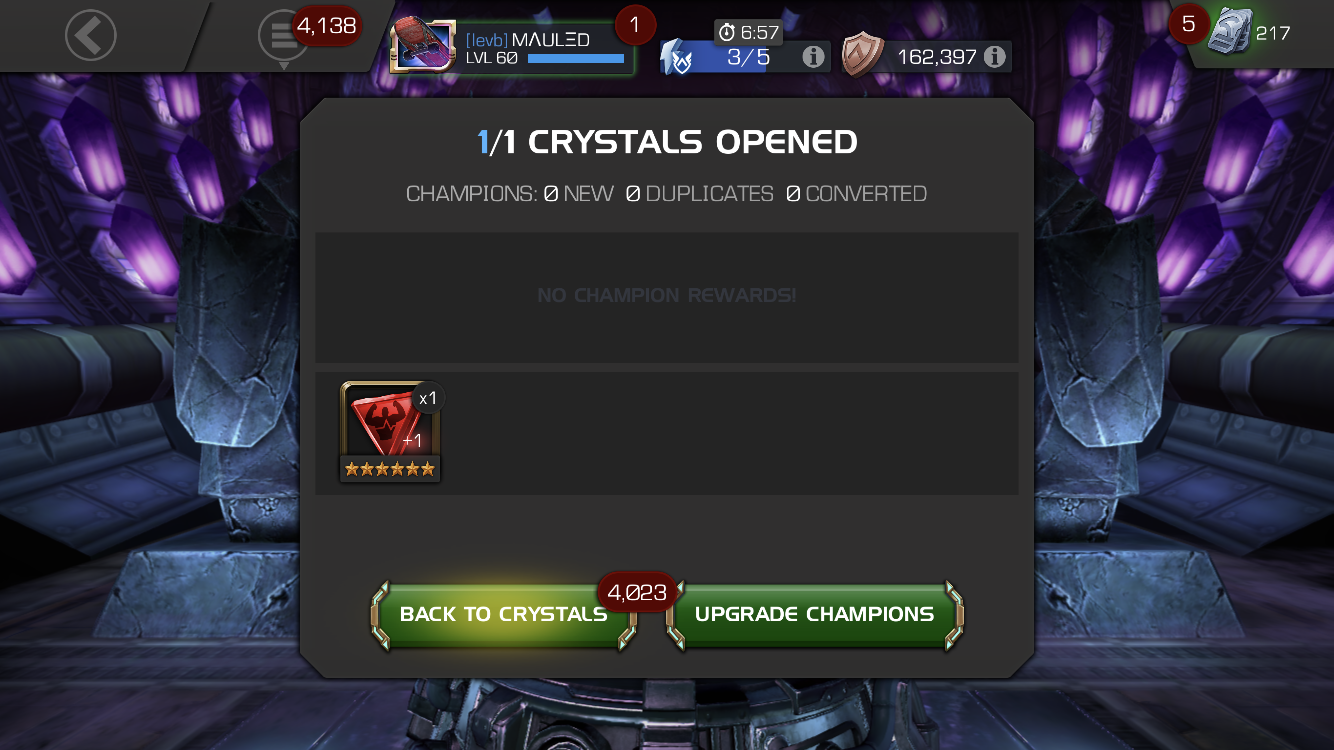 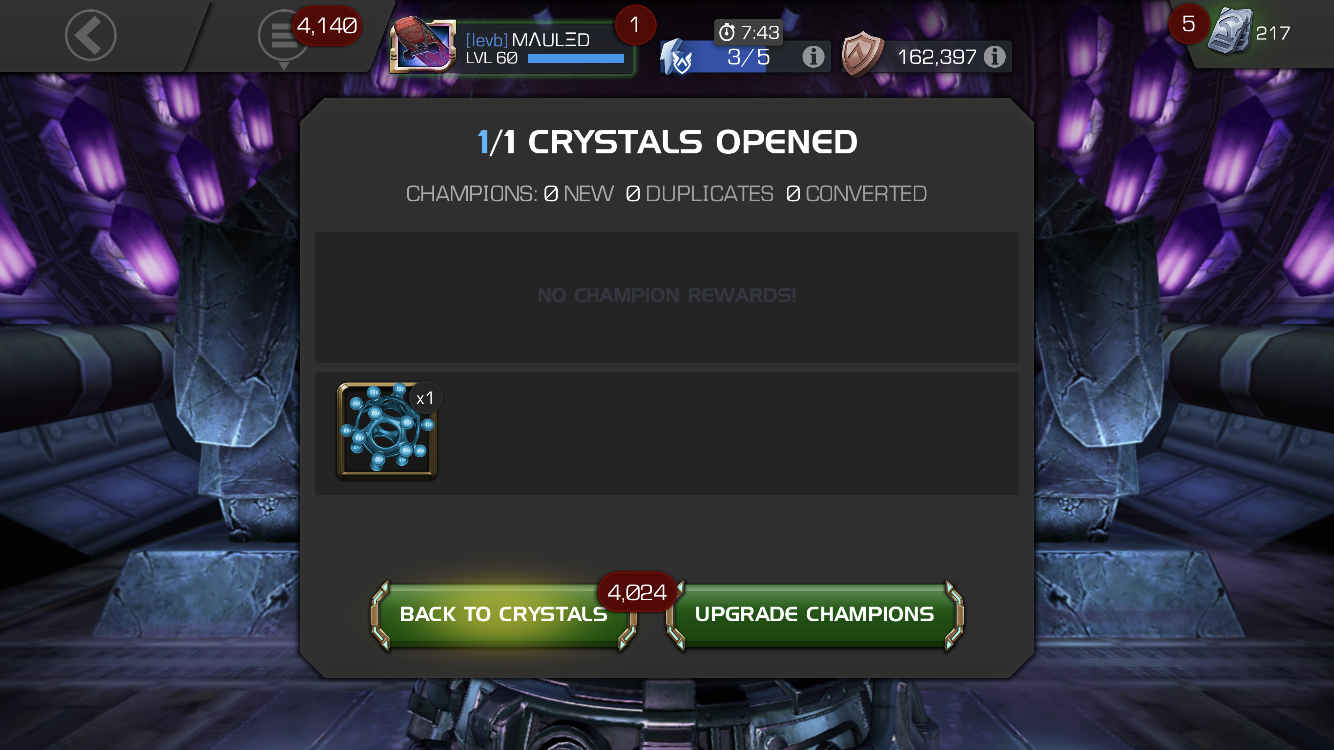 The T5CC was a bit of a kick in the teeth because despite having 27 6* (after the opening) this is my entire Cosmic roster: 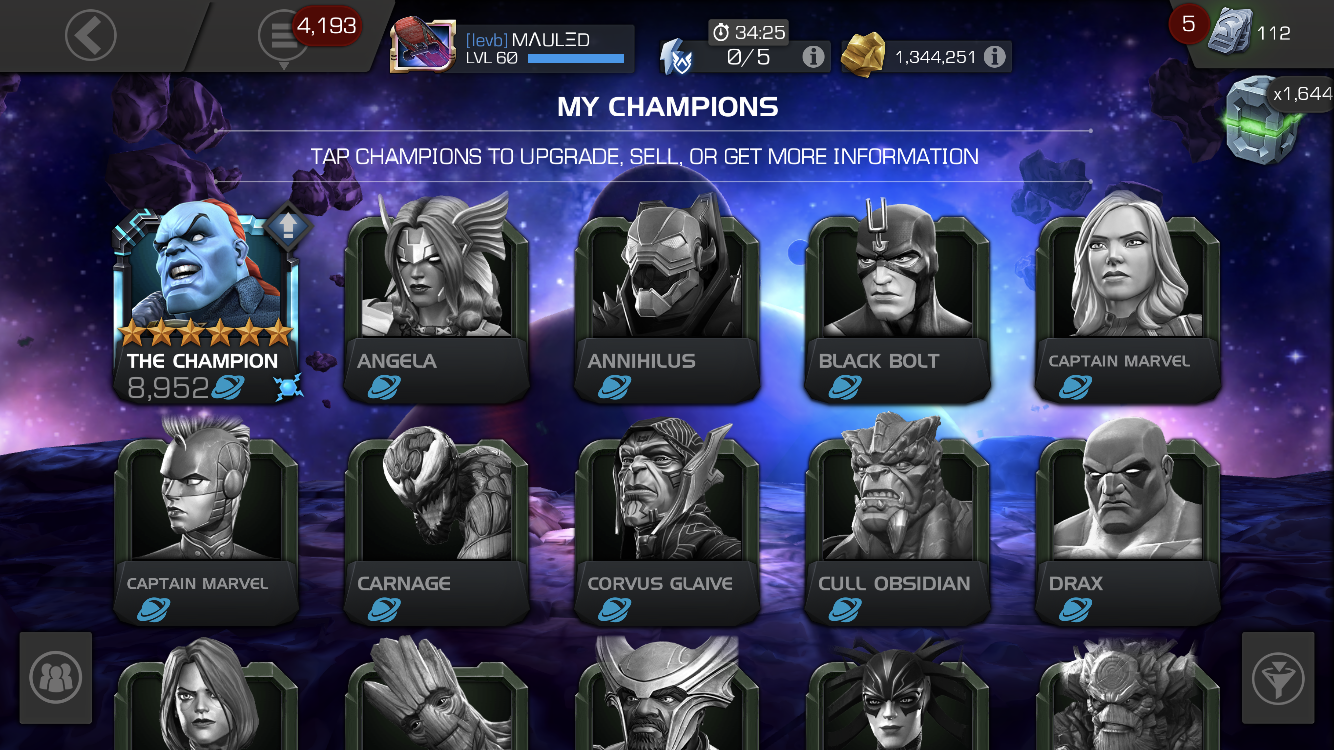 The awakening gem, however was the main reason that I went for completion without Aegon because I now have this puppy on my roster and will shift my focus to exploration of Abyss rather than Act 6 for another AG gamble. 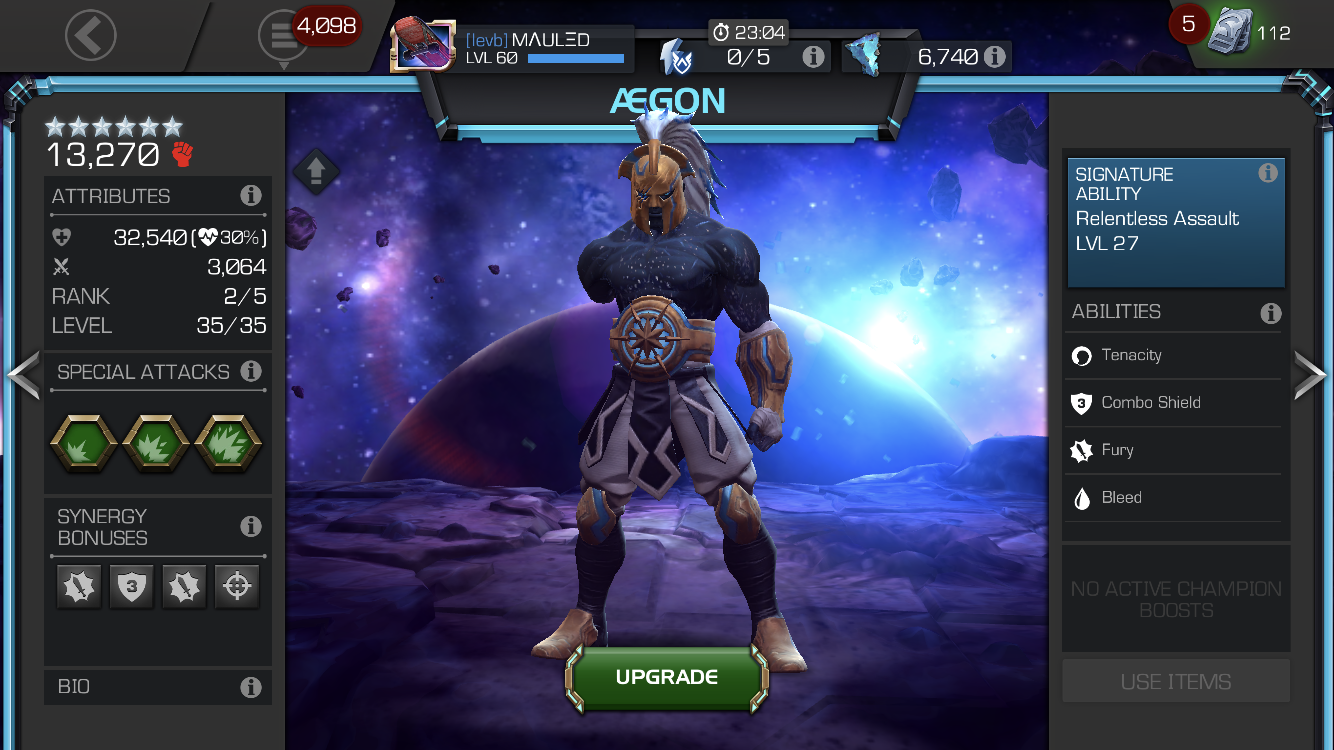 My thoughts on AoL with no Aegon: it’s worth it if you have a specific goal in mind and are willing to roll the dice.
I went into AOL knowing that I would be very happy with 2 awakening gems: Tech (Ghost) and Skill (Aegon); and 3 T5CC - Mutant (Sabretooth[sig20]), Mystic (Symbiote), Tech (Ghost), I also wouldn’t be too upset with skill as I would have an R3 Aegon banked for when I got him awakened.

Providing that you have at least 1 6* that you would be willing to rank up, I would argue that AOL is a far better use of units and time (1-2 evenings vs probably 2 weeks of hard evening grinding). You get more 6* shards, a 6* AG which could transform your unawakened Aegon/OR/Void etc. into a real powerhouse, a T5CC which could allow an already awakened god or unawakened god to go to R3. To those who say this is just playing the odds, well these are better odds and more guaranteed rewards that the 25% crystals - I have 50% tech T5CC, but I can’t use it on Ghost and I’ve got to roll 2 more 1/6 between 6.2,3,4 to be able to rank her up.
Even if you get a class of reward that you cannot immediately use like I did, it’s in the bank for when your luck changes, which is certainly better than being 3/4 towards a rank up.

I will put up a ‘strategy’ guide for Aegonless completion later for those who are interested.
31