The Game will be down for an unscheduled maintenance tonight between 9 pm and 10 pm PT (12am-1 am ET/4am-5 am UTC) to preemptively address an issue. This may take less than an hour, but we want to plan ahead just in case.

We apologize for this inconvenience.

HassamaMama Posts: 5 ★
June 2019 in Strategy and Tips
Hey everyone, need some advice. As you can see from the Poll Question, I've been stuck with a tough decision, and I have been for a while now. Attached are screenshots of my top roster, as well as my progress through Act 4 so far (Spoiler Alert: it ain't much, Chief). I have 4.1 and 4.2 at 100%, and past the 2nd screenshot I only have one path done in each quest for the rest of Act 4, and I've beaten the Maestro. Meanwhile, I haven't touched Act 5 yet.

So thinking rewards-wise,
100% Act 4 would give me the resources I need to R3 Stark Spidey as well as get some more 4* and 5* champs, but I understand it's going to take F O R E V E R. Whereas going Uncollected, I've heard it's the little extra rewards that make it worthwhile, but I don't know if it's better than 100% Act 4 for my specific case. I also don't know if I necessarily have the right champs to go through the easiest paths of 5.1 and 5.2 and beat the Collector without it being impossible.

I took a really long break from the game during school (started playing again a month ago) so I don't have a lot of the crazy new champs, but I know I have some solid heavy hitters of old as my top. I also have a 4* Generic Awakening Gem that I think I should use on Archangel, but I'm unsure. What do I do, o wise ones? Thanks for your help in advance! 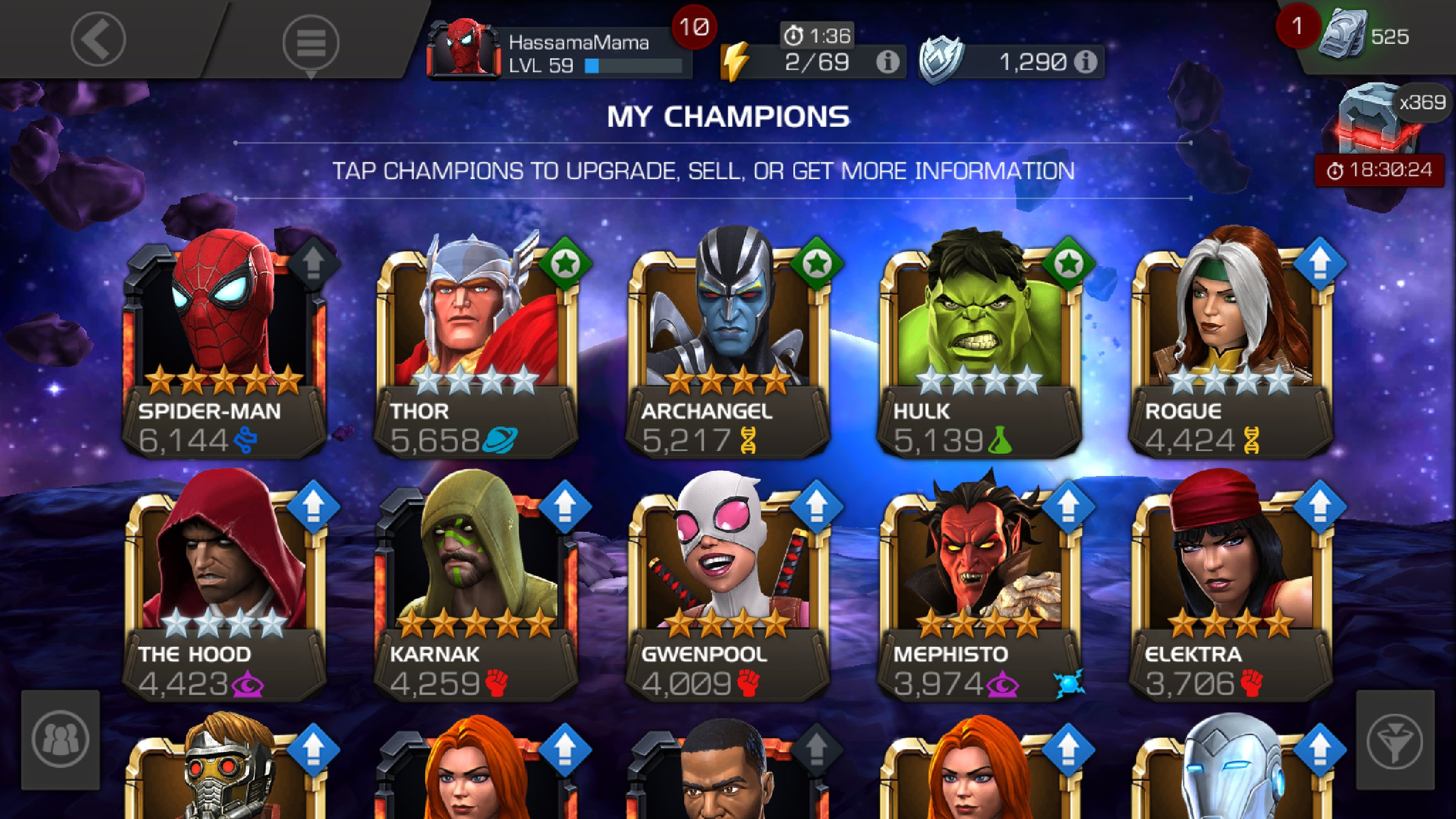 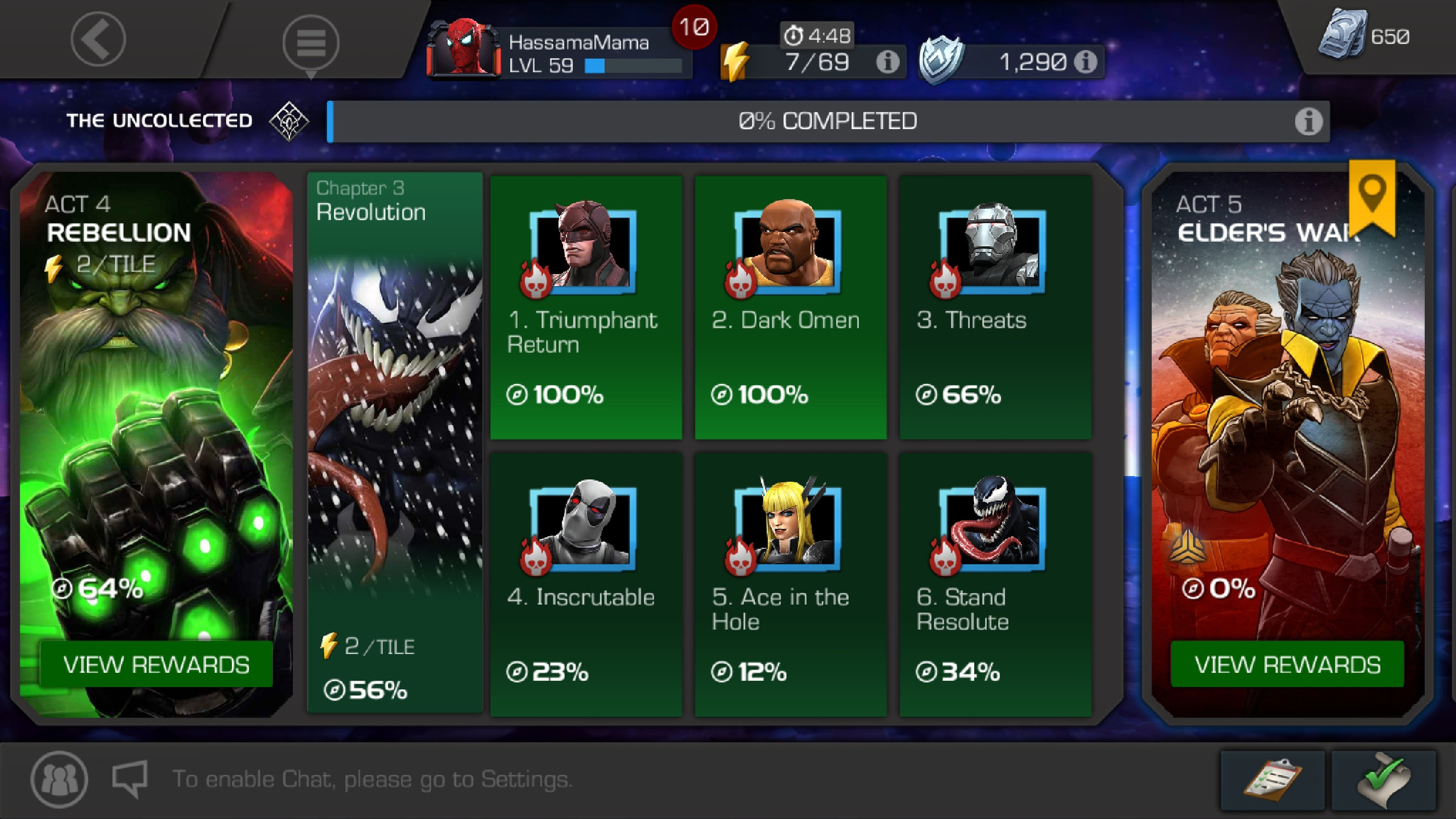