Re: How's all the buffs

we have access to the same videos you do

Cat and dna had a lot good to say. I have used hood for 6.2 champion because for the love of my life i cannot get sym. I have never complained about not getting what i wanted. Playing with whatever gets dealt is fine for me

Changing what was dealt to me now suddenly is not ok

Re: Make a OP Champ even more OP with a small change

Morningstar. Keeps her souls forever and can build up to a million

the soul everlasting thing would be sick, but building up to a million wouldnt do anything since there is no abilities attached to them.

Actually, there is one thing. Letting Morningstar build souls to a million would make Morningstar's SP1 one-shot everything.

Re: Act 5 completed, but bruh

Nah, buy two Odins to get your 3 star Odin.

None of the new invisibility nonsense was needed. The hexes alone would've sufficed.

The invisibility isn't bad, but removing the fate seal was.

The invisibility got a nerf also. It was a 45% chance on regular attacks and a 90% on projectiles. The new invisibility has 120% chance, but it decreases by 20% every time it’s used during that time frame. If you’re fighting a p99 or someone with a massive special one, you’re not going to evade the whole special. You had a much higher chance to, pre buff

I find this entire scenario incredibly frustrating. I've been talking about this on so many different platforms that I've kind of started to lose control of words, but to those of you that don't understand the impact that these changes have to those that actively use this champion (maybe you don't have him, maybe you just didn't like him), I'd nudge you in the direction of collection of feedback I've written on the subject using specific examples and scenarios:
https://docs.google.com/document/d/11IuBRhchjyTiQDKSIJ5d7Aad6NfqQO0Cs19I_UBH-xk/edit

I thought you quit the forums again? Back for round 4?😈

Lots of nice improvements here, but I'm concerned that having to dash back and hold block every 8-10 seconds to maintain his fury stacks is going to be very frustrating and not very practical. The fury duration just isn't long enough, perhaps you could make his specials also pause the fury duration.

I also want to note that with the nullify/stagger immunity and the new "5 hits thrown" armor up mechanic I am glad that you removed his Offensive Ability Accuracy reduction as this would've made him very lame to fight on defense, so thanks for that.

Furies look like they could be very hard to juggle in most match ups tbh. I think people are seeing the potential damage without realising the reality of maintaining it.

Fully agreed, but tbh the furies/damage potential is secondary to me as more a bonus to the utility. Going for 50 furies will never be realistic imo, heck even 20+ won't be happening in normal play. But stacking up a dozen armors, doing a sp3 setup with the long power lock and them converting those dozen armors for a nice burst of damage while just going to town seems to be the setup I'll be aiming for.

I can certainly see my 6* going to R2 as a utility power controller option. He's got solid BP and should be pretty tanky with all the armor buffs, being immune to nullify and having a nice heal block and power control feels like enough to give him some actual uses, being able to convert into fury is more an icing on the cake imo than viewing him as a big damage dealer.

None of the new invisibility nonsense was needed. The hexes alone would've sufficed.

The invisibility isn't bad, but removing the fate seal was.

No their reasoning was that he would be op .just give the fate seal back

Sometimes their sense of logic baffles me lmao

The problem is not logic, it is values. When Hood came up for updates, the designer saw an opportunity to add a bunch of stuff they thought would be really cool. But they then determined that Hood was too powerful so something had to be reduced. And they decided they were not going to reduce the cool stuff they added, they were going to reduce the existing abilities they didn't care about instead. That's perfectly logical if your goal is to protect your own work, and not the previous investment anyone made into the champ. 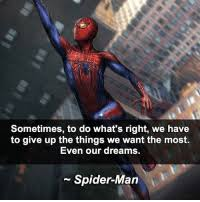