SummonerNR Posts: 5,983 Guardian
April 2020 in Bugs and Known Issues
With the new changes to Cable's SP1, can you still evade it all by just a single evade, doing it a tiny bit earlier than what you would think for most other champ's projectile SP's ??

The few times I faced him since this month's change, I always seem to get “clipped” on the back end.
Is this what Kabam had intended to prevent you from doing ?

And can you do 2 separate quick evades to avoid getting hit by any of it ? (1st evade as when normally used to do, then a 2nd to hopefully bypass taking a hit at the very end of the blasts) ?? 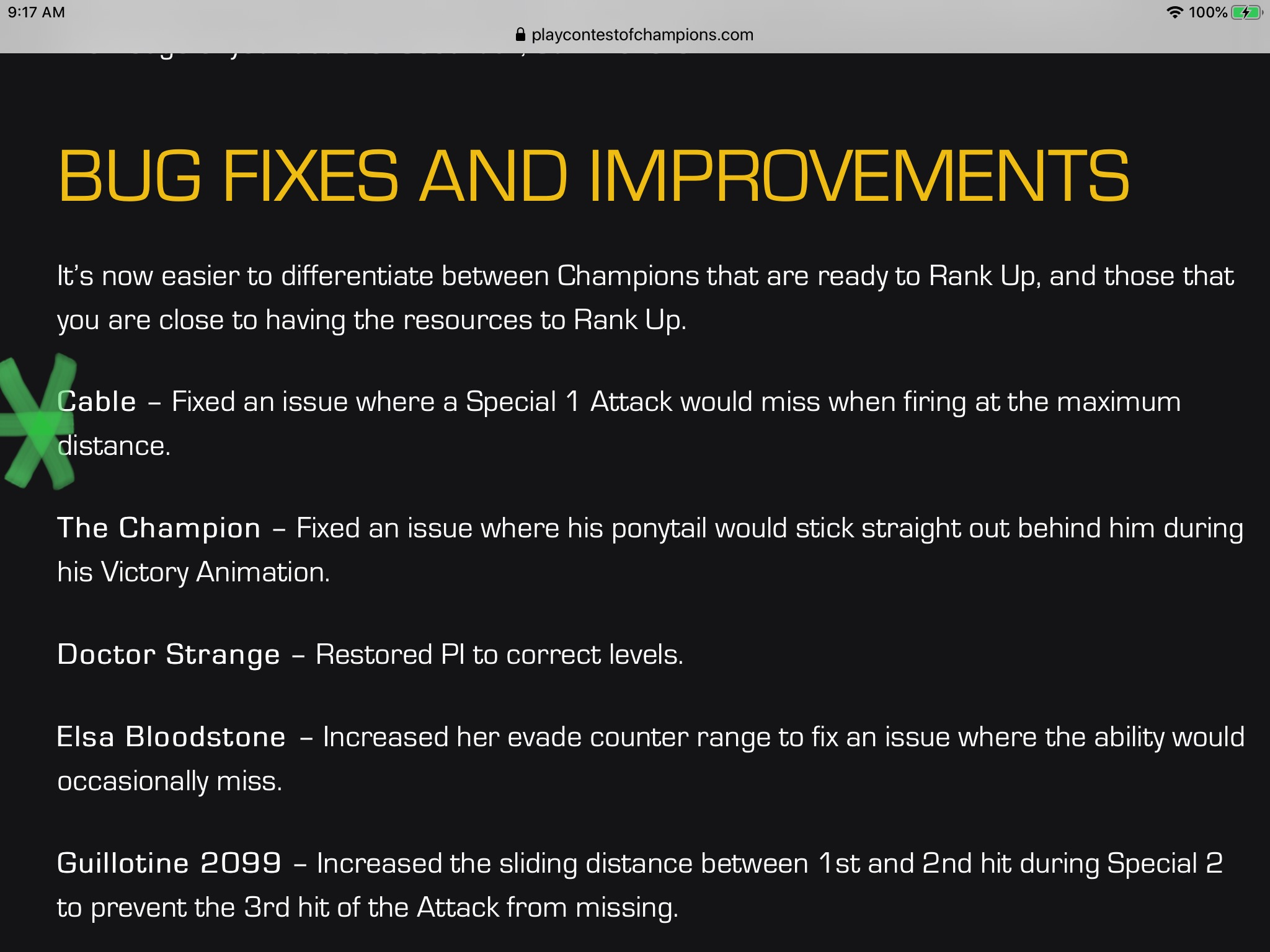