Are you going for the 6* featured or sticking with the basic ?

Polygon Posts: 1,996 ★★★★
October 17 edited October 17 in General Discussion
Just curious what everyone's play is here. Typically, the sub-feats for these are notably bad, but this time aside from Hercules, there's Diablo and Torch (still way too many misses though imo).

I was actually curious what the difference in the odds for the featured vs the basic were because although the featured costs an extra 5k shards, there's a much smaller pool of champions in the featured.

Nevertheless, I did a quick comparison of the two taking into consideration the cost of shards and the size of the pool. At least for me, it showed that the featured actually had the higher odds. However the problem here is, as you pull more of the champs you want in the featured, the odds begin to favor the basic pool. In my example shown, with 7 targeted champs in the feat, the odds are in favor of the featured, but once I pull one of those and have 6 to target, the odds become equal. 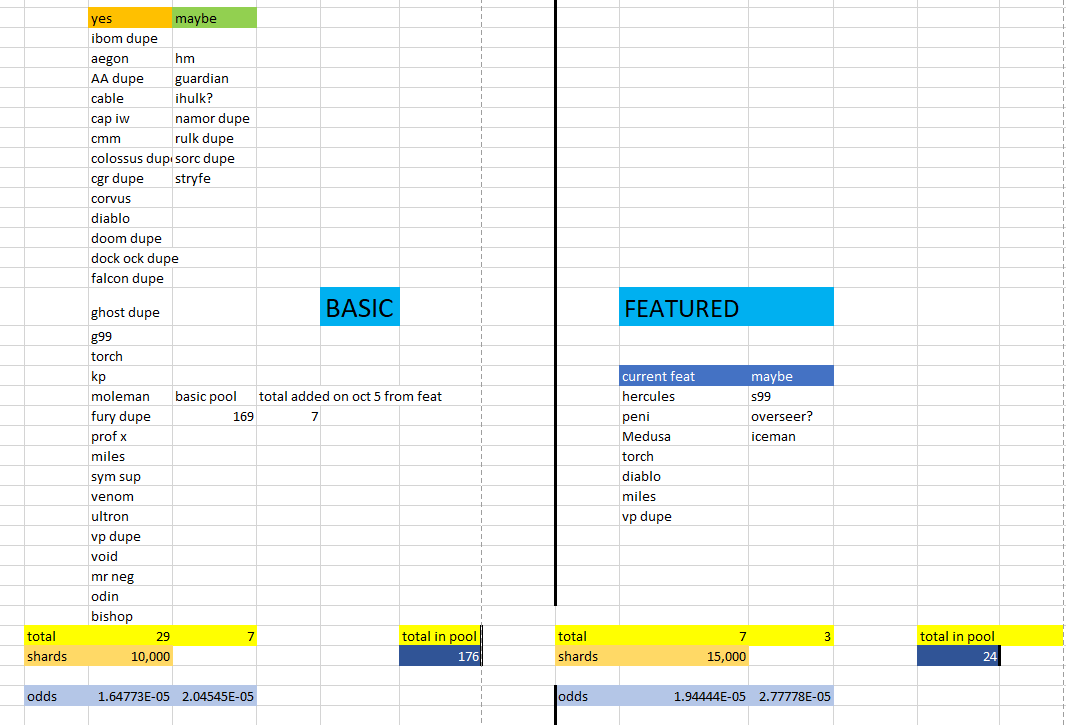 Which crystal are you going for?

Are you going for the 6* featured or sticking with the basic ? 289 votes