ArkonMagnficent Posts: 6 ★
January 25 in General Discussion
Can somebody advise if I’m doing something wrong in battlegrounds. My account is fairly small: 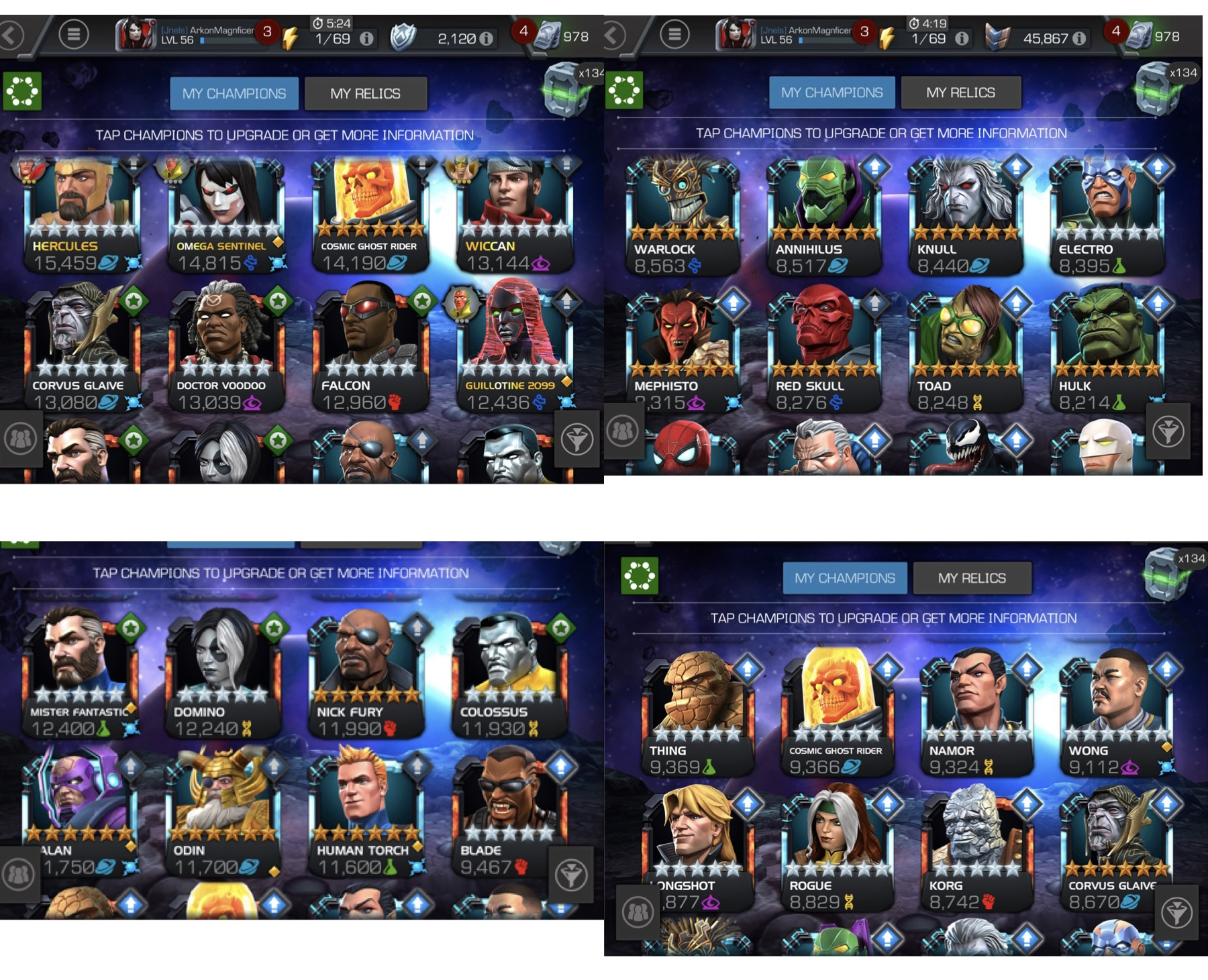 I worked my way up to gladiator circuit winning roughly 2/3 matches over a couple of weeks but since I’ve lost 30 in a row and only match against accounts with at least 4 rank 4 6stars and the rest being rank 3 6 stars. Is this correct or am I doing something wrong I’m fairly new to the game (1 year) and casual. It was fun but now it’s frustrating and a waste of my time and whoever I’m going against.